Best spots to boat in your state or territory

More and more Australians are finding time to adventure in their own backyard, thanks to limits on traveling, put in place by the Government to prevent the spread of COVID-19. Luckily, we have some of the most incredible boating locations, right here in Australia.

If you own a boat, now is the perfect chance to check out some of those spots you might not ordinarily explore. In the spirit of local adventure, we’re sharing some of the best spots to boat in your state or territory.

Here’s what made the cut.

When it comes to amazing places to boat, West Australians are seriously spoilt for choice. There are plenty of Islands to check out, like Rottnest, Garden Island and the Shoalwater Islands, but today, we’re on team Carnac Island, just South West of the port town of Fremantle.

All around the scenic limestone island, you’ll see Australian sea lions basking in the sun (where they chill out between breeding seasons). As well as wedge tailed shearwaters, penguins and other rare sea birds that nest at Carnac.

If you’re keen to cast a line, you’ll find plenty of dhufish, salmon and pink snapper, as well as crays. Head here to find out more about this top boating spot.

Queensland has so many amazing stretches of beach known only to locals, it’s hard to pinpoint just one spot. But, we’ve settled on Rainbow Beach, because, well, it’s pretty darn special. Rainbow Beach can be found between the Great Sandy National Park and Fraser Island.

It’s wild and beautiful shore lines are the perfect backdrop for casting a line, or cruising the Island and taking in the abundant wildlife and sub-tropical rain forest. You’ll also see huge colourful sand dunes, which give the beach its name

Rainbow Beach feels like a secret place waiting to be discovered. Find out more about it here.

Within 5 kilometres of your home in Victoria

If you live in Victoria, you are able to go boating or fishing for a maximum of two-hours, if your boat is within 5 kilometres of your home. This makes it a little difficult to recommend a spot, since most Victorians are very limited to where they can go.

If you’re lucky enough to have access to a boat located within five-kilometres of your home, then we hope you get to head out and enjoy time on the water. Boating has amazing mental health benefits, so heading out is an investment in your wellbeing.

If you’d like more information on the status of boating and fishing in Victoria right now, please check out this resource from the Boating Industry Association of Victoria.

Fingal Bay is nestled under Fingal Head in Port Stephens, in the Hunter Region of NSW. The bay itself is pristine white sands and beautiful clear water. And, it’s not usually packed with boaties, which makes it a great spot for a more secluded adventure.

A sand spit, around 900 metres long, connects the north east side of the bay to the mainland. However, crossing the ‘Final Spit’ is considered dangerous due to waves breaking at high tide. Some people have died making the crossing, so be very careful.

If you can’t get a boat to Fingal Bay, you can hire one or join a charter. Here’s some info on the best options in the area.

The Arthur River in Tasmania

If you’re lucky enough to call Tasmania home, then you may already be acquainted with the Arthur River. Located in the North West of the island, the Arthur River is the perfect spot to take in views of the towns that dot the shore line.

Near the river’s mouth, you’ll find a plaque that says, ‘The Edge of the World’. And that’s just how the Arthur River feels. Then there’s the rugged and raw coastlines and the dense temperate rain forest that makes up the region.

Whyalla is a large regional hub in South Australia, with a marina just off the city’s foreshore. You’ll find plenty of facilities to make boating life easier, like fish cleaning and boat wash down stations, car and trailer parking, plus launch ramps with multiple lanes.

Just across False Bay is Point Lowly, which is home to big red snapper, tommy ruff and garfish. Some anglers have managed to catch ‘big reds’ that weighed in at over 15 kgs, while King George whiting can often be caught closer to shore on sand patches by the coast.

If you live in our nation’s capital, you’ll be well aware of Lake Burley Griffin – an artificial lake located in the middle of Canberra. If you want to boat here, you will need a permit, so be sure to get this organised before heading out.

The lake itself was designed by Walter Burley Griffin, an American architect who won a contest, and was then invited to Canberra to supervise construction of the lake. The shape of the lake was designed to orient with landmarks in the city, and the result is certainly pleasing to the eye.

If you don’t have time to get a permit, or would rather not tow your boat to the lake, you can always hire a paddle boat on the weekend.

The Daly River in the Northern Territory

The Daly River is a favourite spot for boaties and anglers, especially in the Autumn months. During the dry season, the Daly River is home to fishing competitions that last two-weeks, and there are a number of fishing charters that can take you out for a fishing adventure.

The Daly River has plenty of rock bars, big trees and run-off drains, which are perfect homes for many species of fish. The Malak Malak people are the traditional owners of the middle reaches of the Daly River, and the areas around it.

Recreational fishers are welcome to the Daly River, by way of an agreement between the Traditional Owners, The NT Government and the Northern Land Council.

Looking for the right cover?

No matter where you’re boating in Australia, we can support you with comprehensive cover for your boat, or your marine business. We cover boat owners all over Australia, and make sure you have the right level of cover, at the right cost. So you can have peace of mind out on the water.

Talk to us to get started. 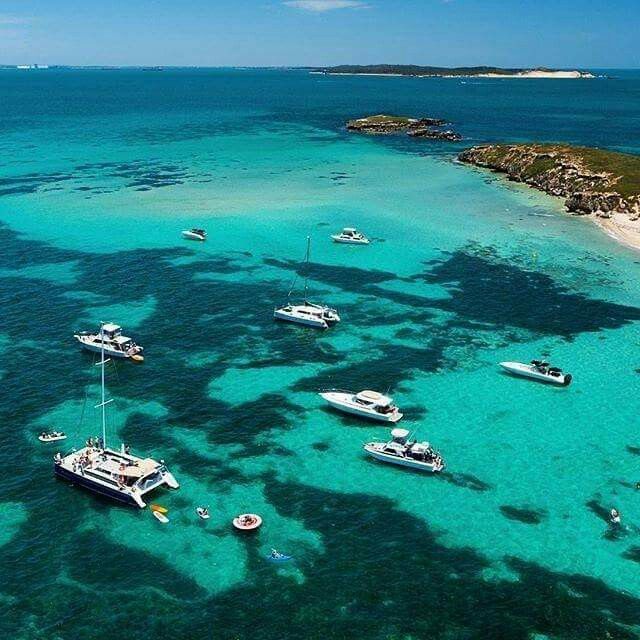 How to make smarter choices when boating under pressure

Every experienced boatie knows being on the water isn’t always smooth sailing. After all, there are endless variables – from changes in the [...]

July 16, 2021 Comments Off on How to make smarter choices when boating under pressure
ALL ARTICLES